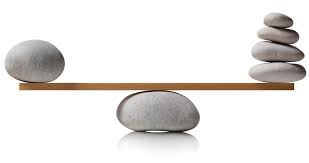 Balance is the ability to maintain equilibrium when stationary or moving (i.e. not to fall over) through the co-ordinated actions of our sensory functions (vision, hearing and proprioception).

Timed up and go test: The Star Excursion Balance Test (SEBT) is a dynamic test that requires strength, flexibility, and proprioception. It is a measure of dynamic balance that provides a significant challenge to athletes and physically active individuals.

The test can be used to assess physical performance, but can also be used to screen deficits in dynamic postural control due to musculoskeletal injuries (e.g. chronic ankle instability), to identify athletes at greater risk for lower extremity injury, as well as during the rehabilitation of orthopedic injuries in healthy active adults (1)

Research has suggested to use this test as a screening tool for sport participation as well as a post-rehabilitation test to ensure dynamic functional symmetry. How to perform The SEBT:

Conducting the Test (science for sport)

With the test complete and all performances measured and recorded, the test administrator can then calculate the athlete’s SEBT performance scores using the following simple equations:

These calculations should be performed for both the right and left leg in each direction, providing you with a total of 16 scores per athlete.

Plisky P et al. (2009). The Reliability of an Instrumented Device for Measuring Components of the Star Excursion Balance Test.  American Journal of Sports Physical Therapy. 4(2): 92–99. (2B)

Pondal., M & del Ser., T (2008).Normative data and determinants for the timed “up and go” test in a population-based sample of elderly individuals without gait disturbances. Journal of Geriatric Physical Therapy. 31(2):57-63.